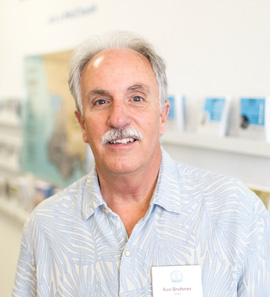 Ken came to Hope Chapel in 1988. His daughter and niece were attending the Youth Group and, although he wasn't a Christian at the time, thought it would be a good idea to support them. His wife, Margaret, had been saved since 1983. She and her family had been praying for him for years. In 1990, and though still not a Christian, Ken opened his home to a MiniChurch. That group prayed for him as well. Finally, in 1993, Ken realized God had a better plan for his life and gave himself to the Lord. Since then, he has been an Under Shephard and served on the Church Council. He is currently a MiniChurch Shepherd, a District Elder and leads a couple of discipleship groups for men.