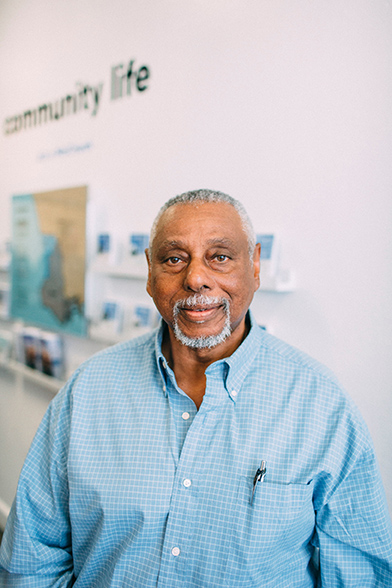 Bruce was born and raised in Los Angeles where he met his wife, Cecelia, at the age of 14. He graduated from Dorsey High School, after which, he enlisted in the United States Air Force. He attended West Los Angeles City College and Cal State University Northridge.

After college and military service, he began working for the City of Los Angeles, and after 43 years of public service retired as the Division Manager of the Los Angeles Resurfacing and Reconstruction Division.

Bruce attended church throughout most of his early years but didn’t commit his life to Christ until he was 33 years old. He graduated from the Los Angeles Bible Training School (LABTS) and became a member of the Hope Chapel family in 2007. At Hope, he and Cecelia have served as youth leaders for the High School Ministry and as MiniChurch Shepherds of MiniChurch #332 for the last two years.

Bruce and Cecelia have been married for 33 years and reside in Los Angeles. They have three grown children and six grandchildren. He enjoys traveling in their RV, camping, fishing and hunting with his sons and grandsons.

Bruce considers it an honor to be considered to serve on the Church Council and solicits your continuous prayers.